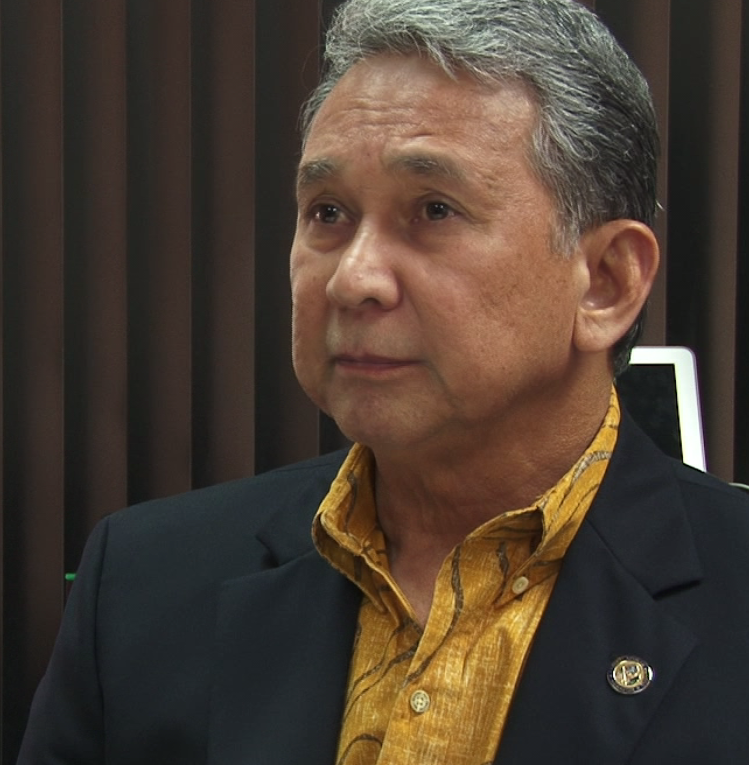 “The concerns I have with this particular decision by DPW is that it’s going to trigger again another round of protests,” – Senator Tom Ada.

Guam – Senator Tom Ada is questioning the timeliness of the Department of Public Work’s Notice of Default against Core Tech International for their work on the Agana Bridge Project.

DPW is alleging that Core Tech International failed to complete the remaining work for the Agana Bridge as well as meet with DPW’s Deputy Director concerning the matter.

If that’s true, why is this potentially a big concern for Core Tech? According to the bidder, the record of default could potentially ruin their chances of securing the lucrative Simon Sanchez contract. And even Senator Ada says the timing of the notice is suspect.

“The first question that comes to mind is why this issue is being brought up now?” he asked.

He went on to explain, “After four attempts to get solicitation for this project, just now DPW is bringing up these issues and had issued the Notice of Default and termination for a project that as I understand has been completed three years ago. And just now DPW is raising these concerns?”

According to Core Tech, this was not an accident.  In a letter to the media, Core Tech said the timing of the issuance was not a coincidence, but a direct attempt to skew the evaluation and disqualify Core Tech from consideration for the Simon Sanchez project.

In fact, Core Tech argues that in less than 24 hours after DPW issued the notice of termination for the Agana Bridges Project, another response was immediately sent to them regarding Simon Sanchez.

And for Senator Ada, this could present other complications down the road as well.

“The concerns I have with this particular decision by DPW to issue this notice is that it’s going to trigger again another round of protests. This time, I think it might take a lot longer to resolve than the other protests took. And this one could very well end up in the court system and that could really delay Simon Sanchez construction project for a long time,” Ada said.

DPW provided a long laundry list of discrepancies that they found with the bridge project, but its’ not the list of issues that’s suspect to Senator Ada, it’s the timing.

“If we’re going to be finding reasons that might be used to possibly disqualify bidder, reasons that three years prior were never raised as a concern, concerns me that we’re just looking for reasons to inviting another protest,” he said.

$8.7 million in tax refunds to be paid this week

Reminder: 2021 tax deadline for individuals is May 17