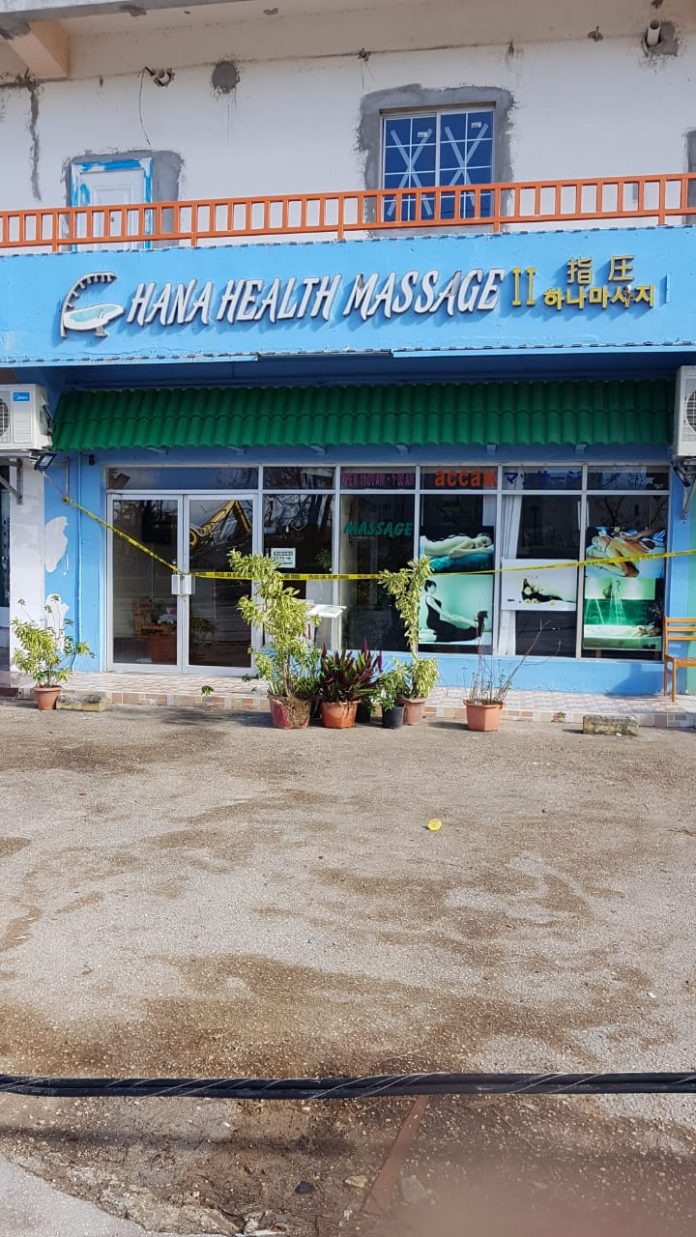 Saipan – A second storm-related death has been confirmed in the aftermath of Super Typhoon Yutu. According to Dept. of Fire and Emergency Medical Services Public Information Officer Bobbie Jean Taisacan, the death is under investigation, but the victim, a woman, has reportedly died of carbon monoxide poisoning caused by inhaling the fumes of a generator.

The woman’s lifeless body was transferred from the scene of the discovery to Commonwealth Health Center for examination.

A Pacific News Center crew reported from the scene of investigation in Garapan Village, at the entrance to a business called Hana Health Massage II.  The entrance and windows were wrapped in yellow police tape.

Portable generators are a critical source of electricity during extended power outages caused by typhoons, violent storms, and disasters in the Marianas. Super Typhoon Yutu passed over Tinian and Saipan last Thursday morning packing winds of 175 miles per hour and gusts up to 200 miles per hour, ripping off rooftops and knocking down utility polls.

The first Yutu-related CNMI death was reported over the weekend and involved the collapsing of a wall on top of a victim on Saipan. This is a developing story.