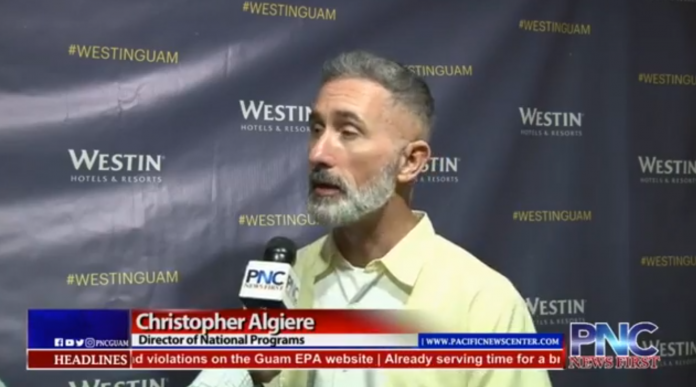 Guam – Ever since the tragic events of 9/11, the Federal Government, in partnership with its local counterparts, has taken precautionary measures to ensure that a tragedy like this never happens again. Counter-terrorism awareness week here on Guam is a culmination of that partnership.

First-Responders kicked off the week with the presentation of Armor Rig Vests to the men and women of the Guam Fire Department. PNC caught up with the Guam Office of Civil Defense to capture other events that took place during Counter Terrorism Awareness Week.

In the aftermath of 9/11 a 9/11 Commission was formed to study the circumstances surrounding the attacks. One of the issues brought up was the gaps in communications amongst first-responders. The Commission recommended a nationwide network for law enforcement, fire and emergency personnel communications. As a result, Congress created the First Responder Network Authority to deliver nationwide broadband network dedicated to public safety.

Christopher Algiere, Firstnet’s Director of Federal and National Programs states that “Firstnet is a wireless broadband network designed specifically for Public Safety and for first responders, both nationally and here in the Pacific Territories.” Stating that it was built by and for public safety, Algiere adds that over the last year, Firstnet has conducted considerable amount of consultation with members of the public safety community so that they can build a network that meets the operational needs.  “Its for public safety in that it has priority preemption, and what that means is that during those times of network congestion, when the general public has access to the network and a first responder wouldn’t be able to get through and move the data or information, the Firstnet network will give them priority on the network and they would be able to get through in times where previously they would not be able to.”

Nationally FirstNet has entered into a public-private partnership with AT&T Here on Guam, At&T has partnered with Docomo Pacific. FirstNet and Docomo are in Phase I of the project, and as they develop this technology and deliver Band 14 technology over the next few years, the program be will finally be on-par with its counterparts in the mainland. In addition to the vests for Fire Fighters and the First Net workshop, Guam Homeland Security also hosted a State threat seminar, Cyber Security working Group, and Active Shooter seminar as part of Counter Terrorism Awareness week.