Washington, D.C. – President Trump’s fiscal 2019 Budget for the territories and Freely Associated States is down more than $20 million from the current fiscal year, including some reductions for Guam.

The $608 million request compares with close to $629 million for fiscal year 2018. Among the proposed reductions is a more than $251,000 cut in the request for Guam Capital Improvement Program funding that would leave the island with just over $6.3 million in CIP dollars next fiscal year.

Guam’s mandatory Compact Impact aid would stay flat under the president’s request at just over $14.9 million. The administration again zeroed out discretionary Compact aid of $3 million for all the islands.

Guam Congresswoman Madeleine Bordallo issued a statement that she will wage a battle over those funds once more.

Section 30 income tax payments were reduced to $78 million from $85.7 million in the current fiscal year, likely reflecting the impact of federal tax reform.

Other requests include just over $14.7 million for technical assistance for all the islands which is down $2.9 million for Guam brown tree snake control.

The administration is also seeking $2.8 million total for the territories for the Empowering Insular Communities to spur strategies to reduce island electricity costs. But that’s a reduction of $639,000 from the current figure.

Port Authority AHAWS siren to be tested this afternoon 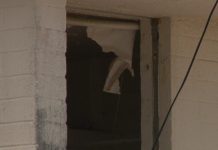 Governor wants to be included in talks about evacuation of Afghan...

Michael Castro’s mom comes to grips with her son