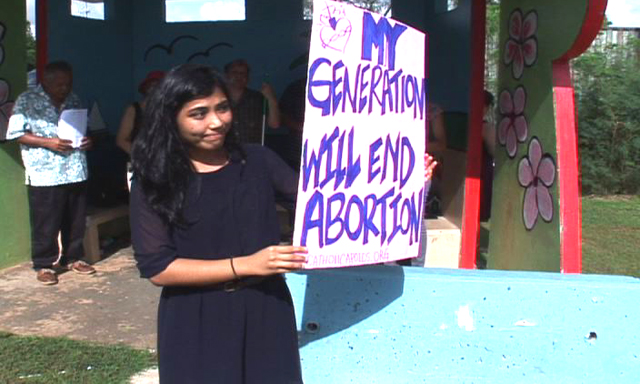 Guam – Senator Dennis Rodriguez Jr. is reviving a debate on abortion with a bill that proposes a ban on abortions after 20 weeks gestation.

“The Unborn Child Protection Act of 2018” cites medical evidence that suggests unborn children begin to feel pain at least by 20 weeks after fertilization.  The measure proposes to ban abortions after 20 weeks gestation, except in case of a medical emergency that would prevent compliance with the bill.  Doctors will also be required to determine the age of gestation prior to conducting an abortion.

“I’m certainly excited that somebody has decided to go ahead and introduce that. That sort of legislation, pain-capable legislation, is a type of legislation that is being, it’s rushing through all the state legislatures,” said Tim Rohr, founder o fpro-life advocacy group the Esperansa Project. “Many states now are passing that because of the fact that there is a child there, 20 weeks old, can feel pain and at 20 weeks old, normally they use saline or dismemberment abortion and so it’s pretty gruesome.”

The bill also proposes to criminalize any violations of the bill by making the offense punishable as a third degree felony.

“This isn’t anything radical, it’s a very common legislation that’s happening in the states. I think the majority of states now have that legislation,” added Rohr. “It just simply recognizes that the unborn feel pain at 20 weeks.”

You can read the bill in its entirety here.