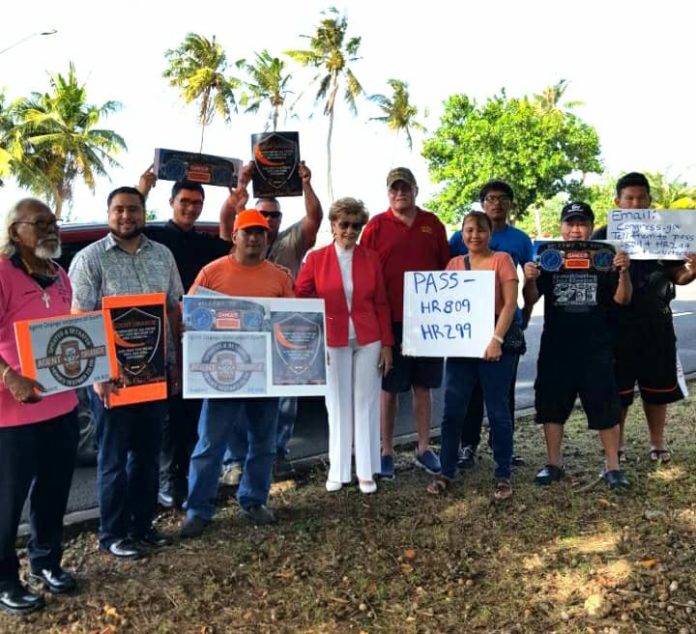 Guam – A group of veterans and activists held a veteran’s day agent orange and toxic chemical rally in Agana yesterday.

The rally was organized by Ned Pablo, veteran Barry Mead and the Agent Orange Survivors of Guam group to bring awareness to the claims of the use of agent orange on Guam. Agent Orange is a toxic and carcinogenic chemical used as a defoliant by the U.S. military, particularly during the Vietnam war.

There are numerous claims that the toxic chemical was stored and even used on Guam at Andersen air force base to clear the runway of vegetation. The rally was held in front of Congresswoman Madeleine Bordallo’s office in support of HR 809 and HR 299. HR 809 or the “Fighting For Orange-Stricken Territories in The Eastern Region Act” was introduced by Florida Congressman Dennis Ross in February of 2017. The measure includes Guam and the Northern Marianas Islands as potential places where agent orange was used. HR 299 or the “Blue Water Navy Vietnam Veterans Act of 2017” is a bill that extends the Republic of Vietnam definition with regards to the exposure to certain toxins to include the surrounding seas of the country. In January of 2017, Bordallo met with DOD officials who “asserted that agent orange was not used on, stored or transshipped through Guam during the Vietnam war,” according to the Congresswoman’s official website. Then in April of 2017 the Congresswoman wrote a letter to the Government Accountability Office in Washington D.C. asking them to look into whether or not agent orange was used, transshipped or stored on Guam.