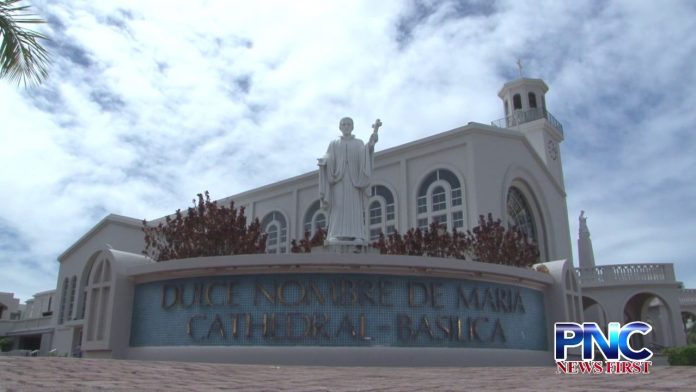 A mediator will be on island in late October to begin the mediation process for settling the sex abuse cases out of court.

Guam – A mediator has been picked and mediation for the 70-plus sex abuse cases filed in District Court against the church have already been scheduled. But even with these dates and names announced, whether this process actually succeeds is still uncertain. In the meantime, US Magistrate Judge Joaquin Manibusan has granted a stay on the cases for now.

October 30 to November 3—those are the dates retired Oregon District Judge Michael Hogan will be on island to arbitrate settlement negotiations between the scores of sex abuse victims and the Archdiocese of Agana. How many cases is Judge Hogan expected to mediate? To be exact: 76 cases that were filed in District Court and possibly more for those pending in local court.

“They’re gonna attempt to address it as much as possible. If more days are needed, more days will be used,” noted Atty. John Terlaje who represents the Archdiocese of Agana.

But despite some clear progress in a potential settlement outside of court, there are still many lingering questions and uncertainties about how this process will move forward.

In court today, an emergency hearing was held on a motion to stay filed by Attorney David Lujan, who represents all plaintiffs who have filed in District Court. Although US Magistrate Judge Joaquin Manibusan eventually agreed to grant the stay, the hour and a half-long hearing was comprised of clearing up any confusion on this proposed mediation process.

In fact, Attorney Patrick Civille, who represents the Boy Scouts of America, expressed reservations about it. Civille did not oppose the motion to stay and indicated that the Boy Scouts are willing to participate in mediation, but he also did not agree with the motion and reserved the right to back out of mediation in the event they don’t agree with any of the decisions.

Being a party to the mediation process would also contradict Civille’s intent to file motions to dismiss in most of the cases where the Boy Scouts are named, which Civille made clear in court today. However, he later indicated after Judge Manibusan ordered a stay, no motions to dismiss will be filed while a stay is in place.

Jacque Terlaje, through teleconference today, suggested that the mediation process that Lujan speaks of is all talk. She pointed out that there is no actual agreement in writing for this ADR or alternative dispute resolution process. And because her client is still in the midst of a canonical trial in Rome, it’d be wiser to wait out the outcome of the canonical trial.

In the meantime, with the parties now inching closer to a settlement, money talks are still up in the air. For the first time since the cases were unraveled, an attorney representing National Union Insurance, the church’s insurance agency, appeared in court. But Attorney Todd Thompson was not there in any formal capacity since the insurance agency isn’t actually a party to the case. He sat in the pews as a spectator.

When PNC asked Thompson how much the church’s policy is worth, he said he was “not at liberty to disclose.”

PNC: “Are you able to tell us what amounts we’re looking at here? Has the church gathered any information?”

“They’re gathering information on insurance wise as well as asset wise. No amounts have been discussed yet,” said John Terlaje.

While the archdiocese is hesitant to disclose any amounts they could have available to settle the sex abuse claims, one thing is known: there will certainly be “a lot of money.”

PNC: “Do you have any idea how much we’re talking about in terms of the value of [the church’s] assets?

“I have no idea yet of what’s the value because we haven’t received everything yet. But you know, of course, it’s a lot of money. It’s a lot of assets,” said Lujan.