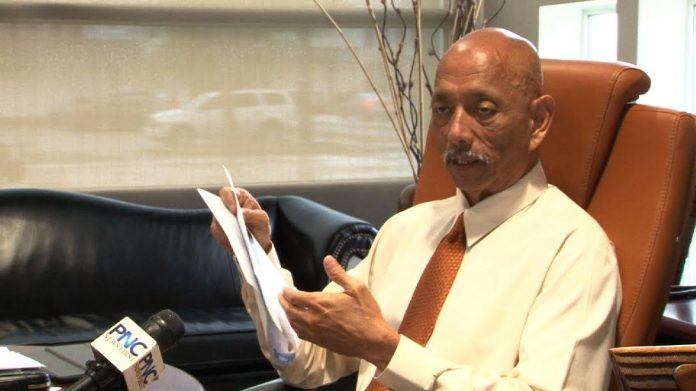 “I am gravely troubled by the sketchy nature of your judgment. Instead of seeking expressed legislative permission to issue this bonus pay, you simply drafted an opinion that permitted you to do so.” – Speaker B.J. Cruz to Attorney General  Elizabeth Barrett-Anderson

Guam – Heavy accusations are being levied against Guam’s Attorney General by Speaker B.J. Cruz, who is accusing the government’s chief legal officer of either withholding information from or intentionally misleading lawmakers at a recent budget hearing.

In a letter obtained by PNC, A.G. Elizabeth Barrett-Anderson comes under fire over a raise Cruz alleges was improperly given to an AGO employee.  Speaker Cruz blasts the A.G. in the transmittal for circumventing a clear statutory limitation so bonus pay could be granted to a General Accounting Supervisor in her office.

The tool that allowed this, according to the legislative speaker: a legal opinion drafted with “complete disregard” for Barrett-Anderson’s built-in conflict.  In his letter, Cruz called the resulting memo “worthy of Goldie Locks and the Three Bears.”

“I am gravely troubled by the sketchy nature of your judgment,” Cruz added.

Worse yet, the Speaker alleges when questioned about the improper raise, the A.G. falsely gave senators the impression the misstep was corrected quickly, and that a remedy was in place.  In fact, personnel documents Cruz obtained through the Freedom of Information Act show the raise was not properly adjusted until five days after the A.G. testified the law was being followed.

Speaker Cruz hinted in the letter that politics may be in play, “To borrow an old refrain: perhaps you are so busy trying to keep your job, you have forgotten to do your job,” he wrote — also chiding Barrett-Anderson for “exploiting” the law for the benefit of those around her, rather then protecting its spirit or letter.

“Though many things can be forgiven, trust once broken can never be fully repaired,” Cruz concluded.