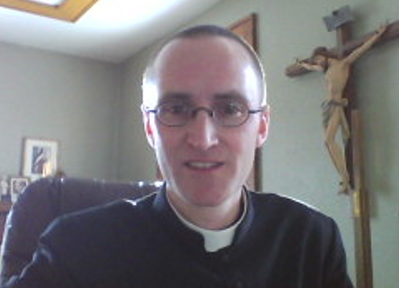 “The Vatican is full of notaries. They could’ve chosen a million other ones to go to Guam. They didn’t have to choose Justin Wachs.”  — Joelle Casteix, SNAP Western Regional Director.

Guam – An alarming twist has surfaced in the canonical trial of Archbishop Anthony Apuron–Father Justin Wachs, one of the investigators from the Vatican who worked on Apuron’s sex abuse case, has been previously accused of sexual harassment but this was never disclosed before Father Wachs paid the Archdiocese of Agana a visit back in February.

Father Wachs was among three Vatican officials who visited Guam back in February with the goal of taking depositions from the alleged victims of ousted Archbishop Anthony Apuron. His role was as a notary—essentially, a note taker.

While no statements were taken during that trip, the tribunal eventually took depositions from other Apuron accusers in the mainland and Hawaii. As it turns out, Father Wachs is no stranger to allegations of sexual misconduct himself. Back in 2014, Wachs was accused of sexual harassment by a parish employee in Sioux Falls, South Dakota.

“We have copies of the letters he wrote the woman. We have memos of the meetings where guidelines were set. We have all kinds of stuff that was laid out. We have the alleged victim’s recorded–these meetings,” said Joelle Casteix, western regional director of SNAP or Survivors Network of those Abused by Priests.

Casteix is calling for attention to what she labels a serious violation of trust and wants Archbishop Michael Byrnes—Apuron’s replacement—to issue an apology for this apparent mess.

Casteix explains that the Vatican’s solution to the allegations against Father Wachs was what is often referred to as a geographical solution where a priest is sent away.

“There were allegations that he retaliated against her so then they decided that it was best for him to resign his position and they sent him to Rome,” explained Casteix.

But it’s what they did to him in Rome that’s struck a chord with Casteix and others.

“What was particularly appalling is that they decide to put him in charge of investigating cases of child sexual abuse. I mean they can have him do anything. He can be an accountant, he can be in charge of art displays, he can do anything in the Vatican,” lamented Casteix.

Instead, Casteix points out, Wachs is assigned to be a part of a tribunal that investigates the very same types of allegations made against him.

But there are those who also argue, like Catholic blogger Tim Rohr, that the claims against Wachs don’t compare to the claims made against Apuron. Rohr pointed out that the alleged victims’ ages and maturities also differ—in Wach’s case, the alleged victim was an adult female, in Apuron’s cases, they were all male minors.

And even if the allegations against Father Wachs weren’t true, Casteix said, “The Vatican is full of notaries. They could’ve chosen a million other ones to go to Guam. They didn’t have to choose Justin Wachs.”

The Archdiocese of Agana released a statement which you can read below, followed by a statement from Apuron’s legal counsel, Attorney Jacque Terlaje.

Regarding the matter of Father Justin Wachs, the archdiocese is not knowledgeable about these accusations nor do we have any influence over the canonical trial process.

Through such things as Safe Environment training of all archdiocesan employees and volunteers, alignment of our sexual abuse policy with the United States Conference of Catholic Bishops’ (USCCB) Charter for the Protection of Children and Young People and efforts such as Hope & Healing, we resolve to help those who have been harmed by clergy sexual abuse while safeguarding all children under our care.

As I understand the role of Fr. Justin Wachs, he is a notary.  A notary has no role in the decision–making process of the canonical trials, but simply attests to the identity of the person, receives that person’s sworn statement to tell the truth, and acts as a recorder.  Have we sunk to such dismal levels on this island that every person accused of any wrongdoing is automatically a piranha in our island society? Attorney David Lujan’s attack on the integrity of a notary is appalling.  How can one judge Fr. Wachs’ “virtue and character” based on a news report of allegations made against him?  With a little due diligence, one would discover that Fr. Wach’s denied the allegations.

This rush to judgment simply fits the consistent Modus Operandi I have been witness to on this island for the last year; demand beheading, rather than seek the truth through the judicial process.  This is yet another tactic to undermine the intensive and rigorous efforts that the Vatican has undertaken to determine the truth.

Additionally, I am not surprised that the anti-Catholic group, SNAP is demanding that Coadjutor Archbishop Byrnes issue an apology.  SNAP’s disdain for “a man with such a history” is an irrational assault on the Catholic Church, and immediately calls to mind the gospel of John 8:7, “Let him who is without sin cast the first stone.”  From the behavior I have seen in the demands for public lynching, I am lead to the improbable and absurd conclusion that Guam is sin free!