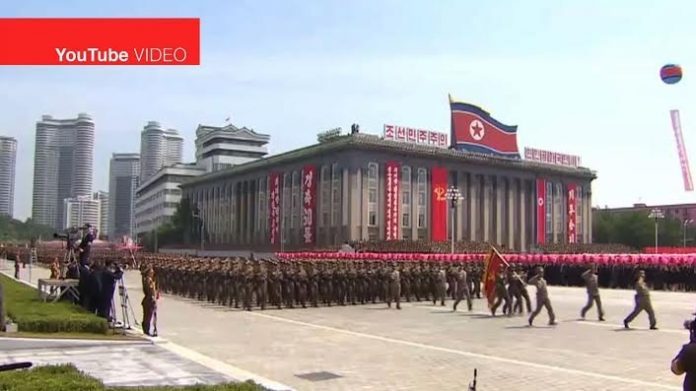 Multiple news agencies are reporting that North Korea is threatening a missile strike on Guam. The threat came after U.S. President Donald Trump told the DPRK that any threat to the U.S. Would be “met with fire, fury and frankly, power, the likes of which the world has never seen before.”

The DPRK made the threat via their state-run KCNA news agency with a statement saying “the KPA strategic force is now carefully examining the operational plan for making an enveloping fire at the areas around Guam with medium-to-long-range strategic ballistic rocket Hwasong-12 in order to contain the U.S. Major military bases on Guam including the Anderson Air Force Base.”

This is not the first time that DPRK has threatened Guam. In September of 2016 they threatened Guam after a flyover of B1-B bombers from Andersen Air Force base saying,” The DPRK will sweep Guam, the base of provocations, from the surface of the earth.”

Just a month before a squadron of B1-B lancers, B52’s and B2-Spirit Stealth bombers conducted training exercises in and around the skies of Guam and the Marianas leading North Korea to release a statement saying they will “whet more sharply the treasured sword of nuclear weapons of justice” and “all the U.S. military bases in the operational theatre in the pacific including Guam will face ruin in the face of all-out and substantial attack to be mounted by the army of the DPRK.”

As far back as 2013 the DPRK threatened Guam after B52’s out of Andersen Air Force base flew near the North Korean border saying “the KPA strategic rocket force has already been on a-class alert to wipe out the U.S. Forces and reduce their bases in Guam and other regions to ashes.” adding, “The KPA air force is put on alert. It will never miss the opportunity to sweep away the Anderson air base in Guam.”