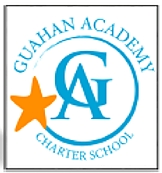 The expenditure is still under review from the Department of Education’s Internal Audit Office.

Guam – The Guahan Academy Charter School’s recent budget request is still under review. An internal audit reveals that the board spent over $10,000 for hotel accommodations at the Dusit Thani Guam Resort last month.

Recently, educational institutions have been voicing their concerns over budget shortfalls, but this time around, one budget request for the Guahan Academy Charter School was not validated thanks to a $10,000 invoice spent at the Dusit Thani Guam Resort.

Every month, the superintendent signs off on the budget request from the charter schools, but he writes in a memo to Department of Administraton Director Christine Baleto that he was unable to verify GACS’s entire request.

An internal audit reveals that GACS requested over $440,000 from GDOE last month. But the memo says over $13,000 was unaccounted for. According to the report, over $10,000 from that figure was used for a board retreat and hotel accommodations at the upscale resort. Another figure –around $2,500 was a duplicate invoice.

Fernandez wrote to Baleto, saying the Dusit Thani invoice  was excluded from validation because “no authority was referenced to use government funds for such an expenditure.”

A quick glance at GACS’s budget breakdown reveals that the unaccounted-for sum was labeled under “miscellaneous.” When PNC asked GACS Vice Chairman Terry Dubold of the expenditure, he said the board originally budgeted for around $22,000 specifically for board professional development. He added that he was surprised that the superintendent didn’t sign off on the invoice especially considering that DOE held their retreat at the Dusit Thani just a few weeks prior.

Consequently, he believes the report reflects an error partly from charter school’s behalf saying that the report was sent prematurely and without proper justification. He tells PNC that additional documents will be provided and the superintendent will indeed sign-off on the invoice.

Meanwhile, Superintendent Jon Fernandez told PNC “We developed a system for addressing these requests quickly and require the charter schools to submit all information validating their requests for funds. If they have not fully justified their request or are missing information, we approve what we can and work with them to provide additional information as they are able. We do monthly reviews of charter school requests for their funds to be released. The law requires GDOE to do this.”

Governor’s Spokesperson Oyaol Ngirairkl tells PNC that DOA validated the majority of the amount requested by GACS, but is currently awaiting verification for the thousands of dollars spent for a board retreat at the luxury hotel.