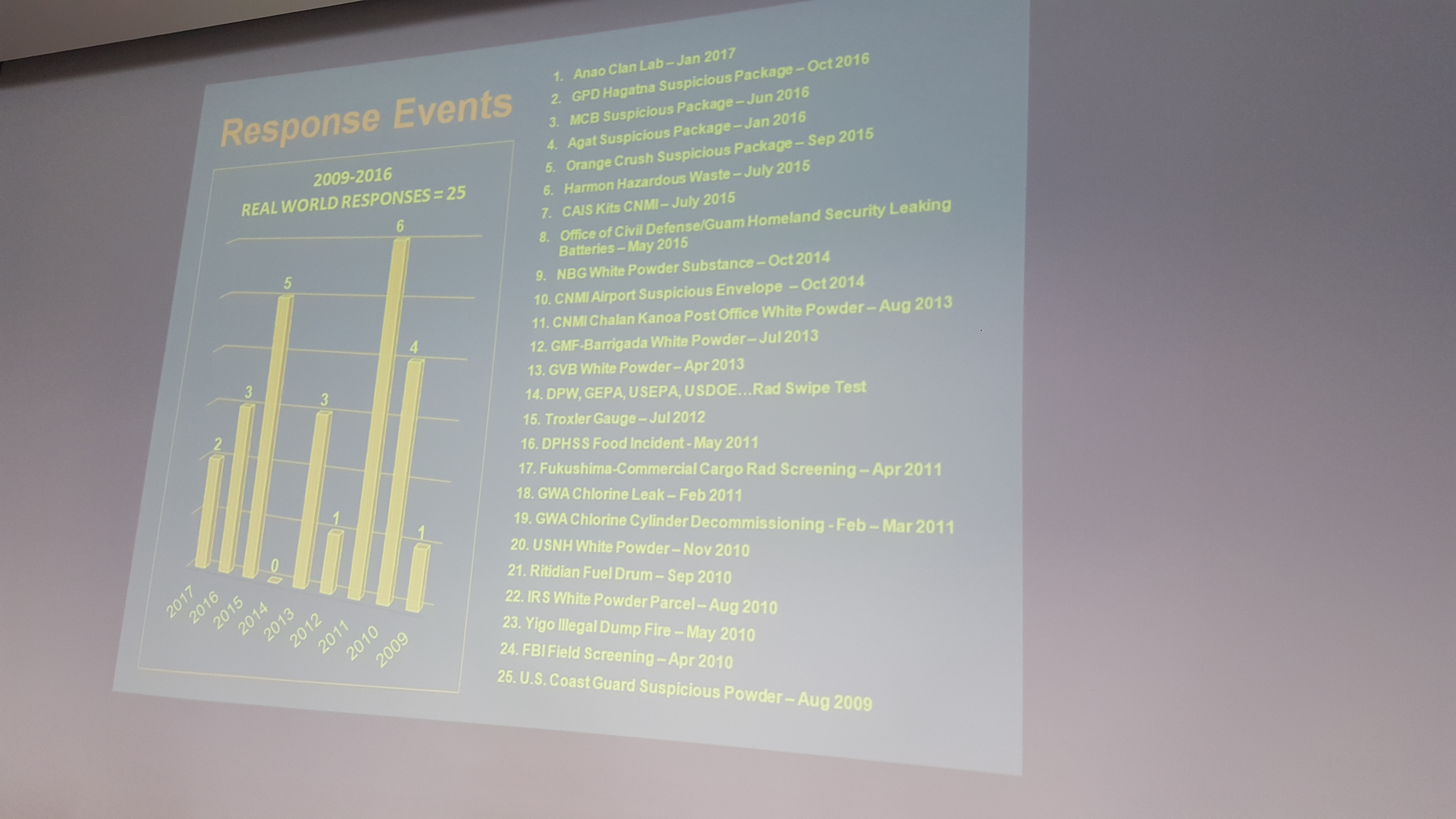 Over the course of two days, personnel from various federal and local government agencies to include Guam Homeland Security and Civil Defense, Port Authority of Guam, and the National Guard participated in a training focused on Weapons of Mass destruction.

Federal Bureau of Investigations Special Agent John Kowatch shared, “the idea of this training is basically to give first responders a basic understanding of the different modality of WMD. So chemical biological, radialogical, nuclear incidents or threats.”

Topics included biological, chemical and nuclear awareness and recognition, as well as hazardous evidence field screening collection and packaging and the use of Biological and chemical mock labs.

“When you go to a scene basically to identify whether or not a WMD incident may be occurring. So its to give them a basic understanding of when they see something and to not know what it is, [they need] to know who to call to come in, the experts,” stated Kowatch.

Special Agent Kowatch says, that although Guam is a lot safer than the rest of the world, it is necessary to remain vigilant in identifying W-M-D and for government agencies to work collaboratively to ensure the community safety.