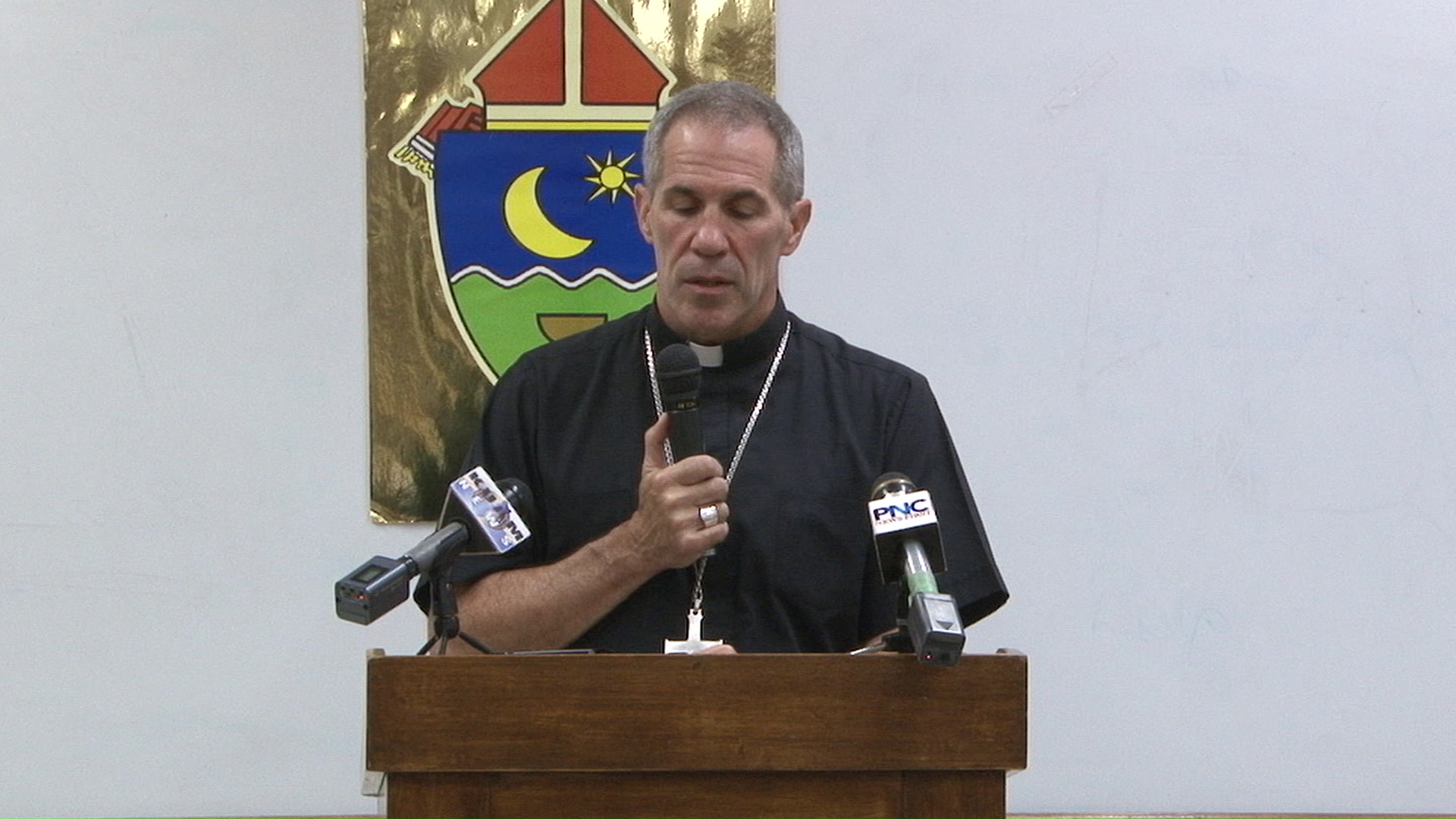 This will be the final semester for the remaining 15 to 20 seminarians studying at the RMS.

Guam – After 15 years in existence, the controversial Redemptoris Mater Seminary, the last remaining seminary on Guam, will be closing down.

Coadjutor Archbishop Michael Byrnes made the announcement today that this is being done in anticipation of reaching a settlement deal with sex abuse victims by March or April of next year.

It may not be a complete shock for many in the community, the announcement that the Redemptoris Mater Seminary, mired in controversy in recent years, will be shut down by the end of the year.

“The model of the Redemptoris Mater Seminary envisions a type of priesthood and the producing of priests that, frankly–that model, while it works in a place like Denver where there’s over a million catholics, or a place like Miami where there’s a couple million catholics that have this type of seminary–it’s very sustainable. But on a small island like ours,” explained Byrnes. “The main reason for closing the seminary is that it’s just not a sustainable model for the Archdiocese of Agana.”

In fact, many saw it coming. After years of protests, some more hostile than others, and with the ousting of the seminary’s inferred protector, longtime Guam Archbishop Anthony Apuron, the decision, for some, was only a matter a time.

PNC: “Were you pressured by any of [the protesters] to make this decision?”

Archbishop Byrnes, who’s replaced Archbishop Apuron following his removal amid sex abuse allegations, also announced at the news conference today that they are shutting down the seminary a full semester early.

“With an expectation of potential settlement we will need a certain lead time for the property to be kind of available and so with an expected settlement time in March, April, as we’ve heard, I thought this was the more appropriate time to close,” he said.

After the remaining 15 to 20 seminarians close out the semester this December, Byrnes says a transition team will then continue with closure of the seminary, which includes collecting records, dealing with movable assets and taking care of the property.

PNC: “What is the value of the property?”

“Yes, we’ve had it appraised. The appraisal is not public. But, you know, you’ve heard numbers from $2 million to $70 million. Somewhere in between there,” said Byrnes.

The Redemptoris Mater Seminary has produced several priests over the years who typically practice the Neocatechumenal Way. While some of the seminarians have become ordained priests on Guam, many of them are sent elsewhere and most of the seminarians who study here are not from Guam.