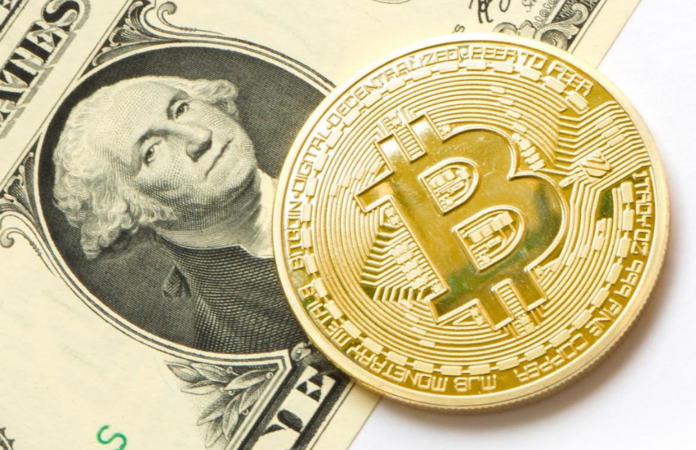 “Many local families have recently given tens of thousands of dollars to USI-Tech. Some have cashed out entire retirement savings; others have obtained bank loans or second mortgages.” – Concerned citizen Cyrus Luhr.

Guam – When people hear the word “bitcoin”, most people think of the electronic money or crypto-currency that is both highly publicized and scrutinized in the media as of late.

With the growing craze for online currency, it’s no surprise that the trend has reached Guam as well.

But is every bitcoin investment legitimate?

According to concerned citizen Cyrus Luhr, there’s potentially a new off-island scam that you should be wary of. It’s called USI-Tech.

The company is registered in Dubai and is quickly expanding here on Guam. The company claims to help people invest in bitcoin. And while bitcoin is legitimate, Luhr warns that USI-Tech is not.

“I heard about a lot of people on Guam who invested a substantial amount of money in USI–Tech…I’ve heard the [investment] numbers are exceeding $50K, $75K, $100K,” shares Luhr.

Luhr’s growing concern over the investment company has reached a point where he is now calling on local leaders to take action.

In an email to the Guam Legislature and the Attorney General’s Office, Luhr writes: “I’m concerned by an apparent Bitcoin Ponzi scheme growing on Guam…Many local families have recently given tens of thousands of dollars to USI-Tech. Some have cashed out entire retirement savings; others have obtained bank loans or second mortgages.”

Luhr adds that USI-Tech has been prosecuted for selling investment packages that are “illegal securities in what appears to be a Ponzi scheme.” But he’s not the only one who’s calling out the investment company either.

“Canada and Texas have both come out with regulatory actions against them for not being registered securities and that could be a very risky investment for people…Bitcoin itself is legitimate, but it appears that USI-Tech is quite questionable,” he said.

The Texas State Securities Board issued an Emergency Cease and Desist Order to USI-Tech on December 20th. The very next day, Canada followed suit and their New Brunswick Financial and Consumer Services Commission also issued a fraud alert about the very same company.

Luhr writes: “USI-Tech has no discernible source of revenues. This is a key sign of a Ponzi scheme. Earlier this year, USI-Tech claimed profits came from ‘automated trading’ software. USI-Tech then claimed to use ‘magnets’ and ‘artificial intelligence’ to create ‘almost free energy’ in order to earn bitcoin faster than their competitors. Members [of USI-Tech] are instructed not to ask for proof.”

By this criteria, Luhr believes USI-Tech meets every red flag of a Ponzi scheme.

USI-Tech appears to have gained quite a following on Guam. One local business currently advertises bitcoin through USI-Tech. There’s even a Facebook page dedicated to USI-Tech Guam with over 300 members.

But ultimately, Luhr advises not to simply take his word for it, but to do your own research.

“Ponzi schemes are very dangerous, and when they collapse, people’s funds are gone…I caution anybody who’s getting involved in an investment that they don’t quite understand to do their research, get independent third party confirmation that it is a safe investment, and if it’s a security, then they should double check with the AG’s office to make sure that it is properly registered,” Luhr warns.