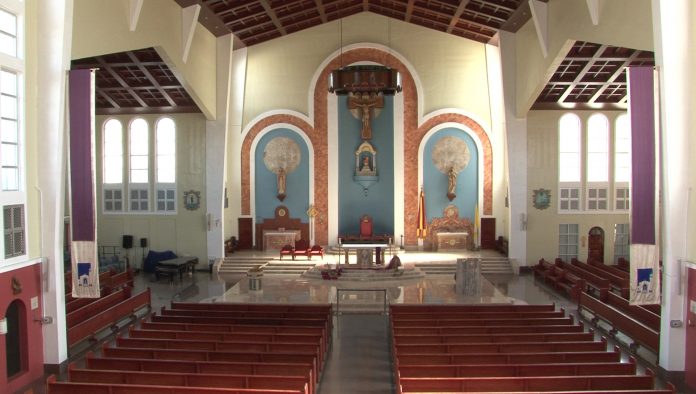 Guam – Another five lawsuits were filed against the Archdiocese of Agana, making the total count of sex abuse cases 91.

Three of the five are against former priest Father Louis Brouillard while two of the cases are against defrocked Santa Barbara priest Raymond Cepeda.

The first three cases filed Thursday against the Archdiocese of Agana have similar allegations of sexual abuse.

W.E.T., 58, says back in the early 1970s when he was between the ages of 11 to 13, Malojloj Parish priest Louis Brouillard, who was also a Boy Scout master at the time, routinely molested him and other boy scout members at the convent and during swimming lessons.

Next is 50-year-old P.P.R. who claims that when he was about 9 years old, Brouillard molested him during swimming trips and at a room behind the altar of the Barrigada Parish. P.P.R. says Brouillard coerced him by telling him “it was a sin if P.P.R. didn’t do as Brouillard asked.”

Another case against Brouillard was filed by 53-year-old R.W.J. who says in the early 1970s Brouillard sexually molested him during overnight stays at the convent of the Malojloj Parish.

All three plaintiffs suing Brouillard say the priest would reward the boys by taking them to restaurants such as McDonald’s or the Country Club in Ipan.

The next two cases name defrocked priest Raymond Cepeda, who served at the Santa Barbara Catholic Church in Dededo.

B.B.J., 48, is the only one out of the five recent plaintiffs who was not a member of the boy scout, an altar server or a catholic school student. In fact, B.B.J. says he was merely in Cepeda’s presence because he was burying his grandmother.

This was in 1982 and B.B.J. says Cepeda was the priest who performed the “last rites” for his grandmother’s funeral mass at Santa Barbara Church. Cepeda insisted B.B.J. ride with him to the cemetery and because of the trust B.B.J.’s parents placed in Cepeda, they allowed him to. In the car, however, B.B.J. says Cepeda began rubbing his thighs. Cepeda then began to fondle B.B.J. who says he later found the courage to move Cepeda’s hand away.

Finally, the fifth case is also against Cepeda. N.P.J.D., 50, says when he was between 12 to 13 years old and a student at Santa Barbara Catholic School, Cepeda molested him on at least two occasions. The first was while N.P.J.D. was at the sacristy. Cepeda allegedly locked the doors and began to molest him. The second time was at Cepeda’s house where the former priest allegedly sexually assaulted him.

GDOL has paid out more than $567M in unemployment claims since...

April 15, 2021
@PNCGUAM INSTAGRAM
The island is mourning the death of former Speaker

No symptoms are needed to qualify for testing. B